A day after another forgettable outing in a long string of forgettable outings, the Tigers decided they had finally seen enough of their erstwhile closer, Francisco Rodriguez. K-Rod, if you missed it, was called upon to keep the Tigers close in a 5-3 game, but quickly loaded and unloaded the bases, giving up a grand slam to Robinson Canó. Afterwards, he declined to speak to the media. One suspected it might not be long until the other shoe dropped. 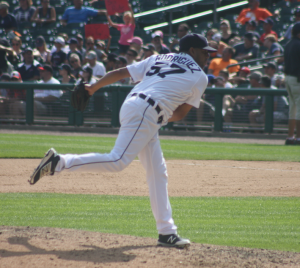 And indeed it did.

The Tigers recalled the hard throwing Bruce Rondón to replace K-Rod. Rondón, who’s been something of an enigma during his Tigers tenure, was shuttled to Toledo after several rocky appearances out of the bullpen in April. He’s come up with mixed results in Toledo, which include a robust 11.1 K/9 and an equally robust 6.1 BB/9, but he’s been much better lately. 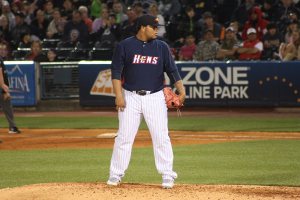 In his last ten appearances, Rondón has thrown 10 innings, allowed 2 runs, struck out 12, and walked only 3. It’s imperative—for both the Tigers and Rondón—that the right hander has a strong return.

As for K-Rod, the veteran closer departs as the fourth all-time saves leader (h/t Chris McCosky), and may very well be destined for Cooperstown. It’s sad K-Rod’s ending in Detroit couldn’t be more of the storybook variety, but age catches up to us all one way or another.